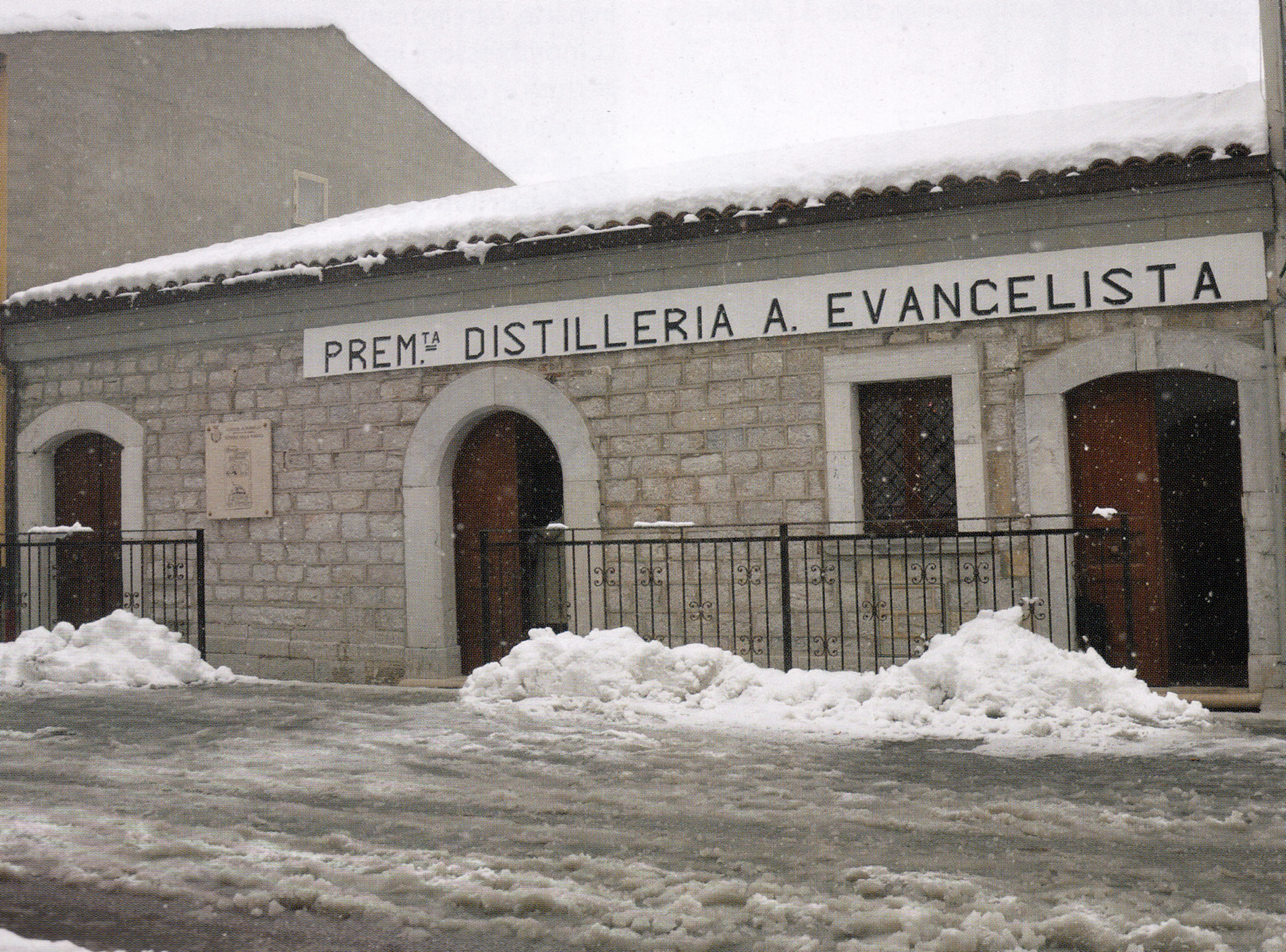 Far back in 1907 in Borrello, characteristic mountain town, lived the Mayor, Antonio Evangelista, authoritarian and strict person, but highly appreciated and respected, known for his strong passion for alchemy. During the long and cold winter evenings, the Mayor had the habit of preparing a special beverage, which heated by the fireplace, released an intense and intoxicating scent, a true antidote against the bitter cold, but also a moment of hedonistic relaxation.

The continuous and insistent demands for this beverage, defined at this point as “magical” or that “warmed even the soul”, lead the Mayor to commercialize it under the name of Punch Abruzzo, thus founding the company Evangelista Liqueurs.

Punch Abruzzo, born as a beverage to savour “Hot” in winter, was immediately appreciated and loved also “Cold”, as a digestive or on ice cream to make an “affogato”, in coffee and sweets.

In addition to Punch Abruzzo, Antonio Evangelista assisted by his children Felice, Domenico, Gentile and Erminia, created other prominent liqueurs: Centerbe, Amaro Igea, Anisetta, Mefistofele, Maga della Foresta, Aperitivo Jolly, Dry Gin and so on, all highly appreciated. Numerous are the rewards and gold medals awarded to the company in various competitions on Italian Excellence. During the Second World War, Borrello was bombarded and the company, although destroyed, had the strength to lift itself up through tenacity and dedication and in the 60’s the Evangelista name was fully established for the quality of its products.

In winter Borrello continued to have the usual weather scenario and its related problems, so in 1983, the first born Cav. Felice Evangelista, he as well Mayor of Borrello, a farsighted person, decided to move the company to Sambuceto (Chieti), a painful decision, however necessary for the company’s survival and growth. In Borrello remained a street named after “Antonio Evangelista” and on the antique factory’s façade “Premiata Distilleria Evangelista” which can still be read.

In the new premises, Evangelista liqueurs has managed to grow and establish itself overwhelmingly, over a large part of the National territory, receiving numerous recognitions, including Ercole d’Oro,  Leone d’Oro, Aquila Reale and other important certificates. The company was also able to cross the boundaries and establish itself abroad.

In 2011, during a very difficult competition regarding products of excellence, the very strict Beverage and Testing Institute of Chicago savoured Punch Abruzzo defining it as “Exceptional Liqueur” and awarded it the gold medal. Evangelista liqueurs has been present for years now in important markets such as: Ohio, Canada, Australia, Holland, Belgium, France and England. In London the most exclusive locals have inserted Evangelista liqueurs in their selected menus, this thanks to Ascensina Evangelista, whom moved there to closely follow the market and for her passion, stubbornness, perseverance and spirit of sacrifice for the family liqueurs, she is “wittedly” called “Lady Limoncello” or “Living Legend”.

Today Marco Cosanni Evangelista, assisted by his parents Claudio and Ascensina, continue to carry on the ancient tradition with commitment and dedication. Evangelista liqueurs through its convalidated experience, always strives towards ambitious challenges, in fact it has been able to create challenging and innovative products such as: Biologic Limoncello, Punch Abruzzo “Riserva” e Amaro “Riserva” both aged in oak barrels, Genziana in Pecorino wine, Meloncello, Genziana Smoked Aroma .

Evangelista liqueurs: sips of pleasure to rediscover the “True Spirit” of Abruzzo